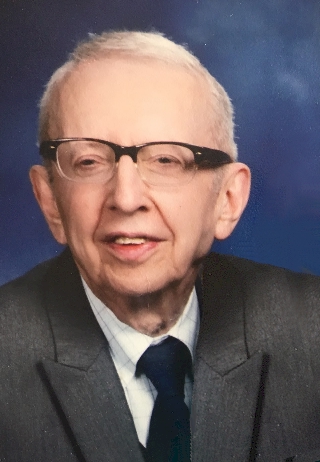 Graveside services for Samuel C. Calender, "Chris”,  90, of Watertown will be held on Friday, August, 6th, 2021 at 11 a.m. at Brookside Cemetery in Watertown with Rev. Paul Luisi officiating.   Mr. Calender passed away on Monday July 12, 2021 at Samaritan Medical Center following a brief illness. Arrangements are under the direction of LaRue & Pitcher Funeral Home, Ogdensburg.  He was the son of the late Savas and Olga (Pashalides) Calender. Samuel C. Calender, ”Chris” was born on December 27, 1930, in Carthage, New York.  Mr. Calender graduated from Carthage High School and the Albany State School of Pharmacy.  While a pharmacy student, Chris would spend off-campus hours serving up customers at his family's local dining destination, Calender's Restaurant, in the heart of downtown Carthage or catering to the needs of tenants of the Calender Building, also located in what became commonly known as the “Calender Block.”  Chris, in partnership with his brother James S. Calender, established the Medical Center Pharmacy on Clinton Street in Watertown, operating from 1958 until 2011.   In March of 1989 Chris married Kively Raptou, from Greece. The couple resided in the town of Watertown. Chris had a wide genre of music taste, valued political discussion, enjoyed socializing and an occasional hot meal from Watertown's Apollo Restaurant, of which Chris was the original CFO, opening the restaurant with business partner Constantino J. Hiotis in 1988. On occasion, Mr. Calender would partake in a friendly cocktail at Joe’s Tavern in Watertown as Frank Sinatra played on the juke box -- all the while engaging in healthy dialogue with fellow patrons.  Mr. Calender was never boastful of the charities he supported, and there were many. With his spot-on wit, wisdom, and unwavering generosity, Chris has provided many an opportunity for advancement in life, convincing countless individuals of their own potential and the possibility of making their dreams come true. Chris is survived by his wife Kively of Watertown, his sister Helen Thomas of Watertown and by his nieces and nephews: John Tinsley and his wife Carol, William Tinsley III and his wife Michelle, Lucy Hiotis, Olga Thomas, Christina Thomas, Samuel Thomas, all of Watertown, and Mitchell Thomas and his wife Tarrie of Rochester, Maria Thomas of Syracuse, Mrs. James (Diana) Calender, Voorhees, NJ and Rebekah Doyle and her husband Anthony of Pennsylvania.   He was predeceased by his sisters; Mary S. Calender and Anne C. Tinsley, his brother James “Jimmy” S. Calender , his niece Androniki “Niki” Litman and nephew, Stephen Calender. Expessions of sympathy may take the form of donations to any local charity of one’s choosing. Online condolences may be made at www.LaRuePitcher.com.
To order memorial trees or send flowers to the family in memory of Samuel C. "Chris" Calender, please visit our flower store.