EDWARDSVILLE- Funeral services for John W. “Bill” Watson, 73, of Booth Island, Edwardsville will be private, Mr. Watson died on Monday, June 29, 2020, at his son’s home following a yearlong battle with cancer surrounded by his family and under the care of Hospice.

John W. Watson was born on November 7, 1946, in Coldwater, Michigan.  He was the son of John W. Watson Sr. and the late Alice (Dimon) Watson.   John grew up in Milan, PA, he is a 1964 graduate of Athens High School in Pennsylvania.  On May 13, 1995, he married Sue Ella Phillips.   John worked as a Corrections Officer at Ogdensburg Correctional Facility, retiring after 25 years of service.    He was a member of the Senior Golf League and was known as the “Golf Doctor” for his love of helping others with their Golf game.  He was a past member of the Moose Lodge. He loved animals especially his dogs. Most of all he loved spending time with family and friends at the home he built on Booth Island.

He is survived by his wife, Sue Ella Watson, his son Timothy Watson of Edwardsville, and his daughter Debbie Sampson of Pennsylvania.   He is survived by his father John W. Watson Sr., his brother, Gary Watson, and his wife Mimi of Waverly, NY, and his sisters; Connie Watson of Sayre, PA, Bonnie Fraley of Sayer, PA, and Dawn Jordan and her husband Larry of Orland, FL.  John is also survived by his brother and sister in law; Jim and Joan Phillips and well as several nieces, nephews, and cousins.

He was predeceased by his mother, Alice Watson.

Donations in Bill’s memory may be made to the Richard E. Winter Cancer Center  Lyon Place Ogdensburg NY or to the St. Lawrence Valley SPCA  6718 NY-68 Ogdensburg NY 13669.

Online condolences may be made at www.LaruePitcher.com.

To plant memorial trees or send flowers to the family in memory of John W. "Bill" Watson, please visit our flower store.

A photo was added for John W. "Bill" Watson 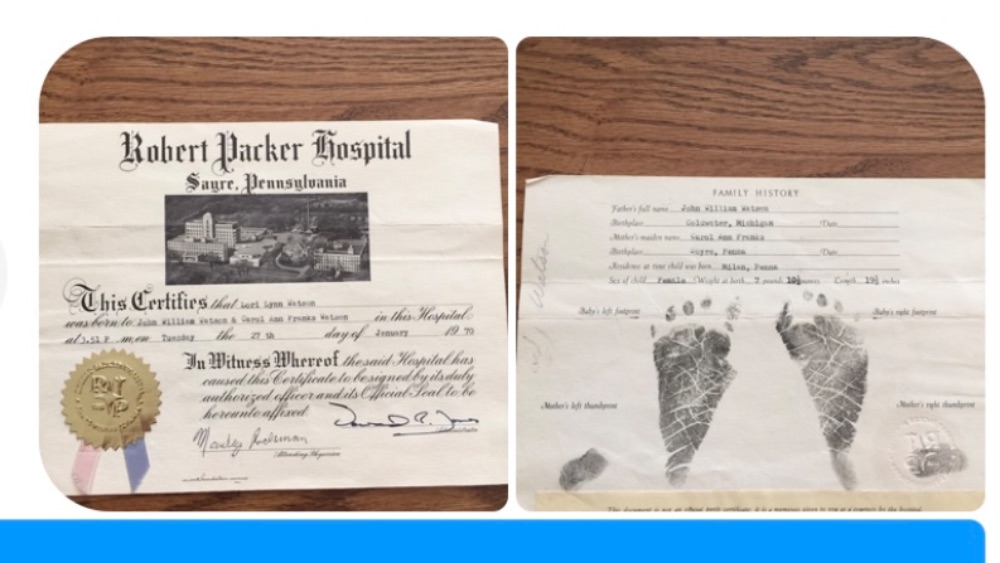 Sue, Tim and to the rest of Bill's family, I can't express in words how saddened I am with his passing. He was a good friend and we shared many good times together at the State Park. I was glad we were able to loan him the TV during his stay at UH!! My deepest sympathy. He will always be remembered in the annals of Ogdenburg golf lore!!

We are saddened to hear of the passing of your husband,Sue. You are all in our thoughts and prayers.
Jim and Linda Caster

My condolences to you Sue and family!!@@We had a great time with Bill@Ocf!!@@@.He was a great guy.@the Best"""GOLF DOCTOR EVER!!

Sue,
Sorry to hear of your loss.
Your former neighbor,
Linda

Sorry to hear of Bill's passing and for your loss. Worked with Bill at OCF. Good memories. Truly one of a kind. Best wishes to your family.

Sue, my deepest sympathy for your loss.

Our deepest sympathy go out to Sue and Timothy. His was a life fully lived. The thing I remember most was his ability to hit shots of the almost impossible variety. May he rest in peace.Dick and Cindy Wilson

Dear Sue and family we are so sorry.Sending hugs and pray that you can get thru this terrible time.

Show More Entries
No service information has been added.