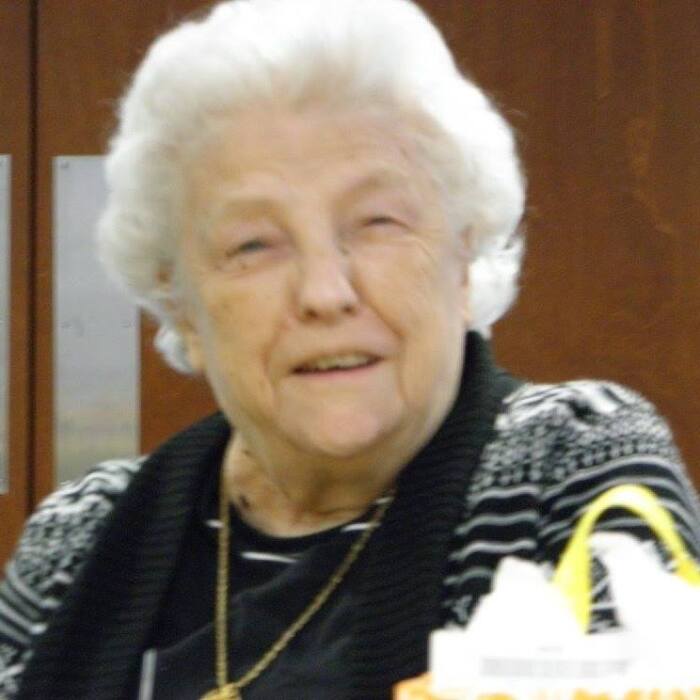 OGDENSBURG/TUPPER LAKE- A Graveside Service for Jean M. Ford, 92, of Ogdensburg and formerly of Tupper Lake will be held on Monday, June 28th, 2021 at 1 p.m. at the Lakeview Cemetery in Tupper Lake.  Mrs. Ford died on Tuesday morning, June 22, 2021 at St. Joseph's Nursing Home in Ogdensburg following a brief illness.Arrangements are under the direction of LaRue & Pitcher Funeral Home, Ogdensburg.Jean M. Ford was born on April 18th, 1929 in Potsdam, NY.  She was the daughter of the late Earl and Ethel (Wells) Sellers Sr., she was a graduate of St. Mary's Academy.   On August 1st, 1949 she married William R. Ford Sr. at the St. Mary's Rectory.  William passed away on September 1, 1995.  Jean worked in food service at the Sunmount Developmental Center until her retirement.  She enjoyed playing Bingo and spending time with her family especially her grandchildren and great grandchildren.She is survived by her children; Marie Conger and her husband Norman of Pulaski, Patricia Mann and her husband Robert of Tupper Lake, William R. Ford Jr. and his wife Sandra of Ogdensburg, Vicki L. Kelly of Tupper Lake and David P. Ford of Ogdensburg.   One brother, Earl Seller Jr. of Ogdensburg and two sisters, Paula McMahon of Ogdensburg and Rhonda McMahon of Ohio also survive her. She also leaves behind  eleven beloved grandchildren, many great grandchildren and one great great granddaughter.She was predeceased by her husband WIlliam R. Ford Sr., and her daughter Kathy Ford in 1952.Donations in Jean's memory may be made to the St. Jude's Children's Hospital.Online condolences may be made at www.LaRuePitcher.com.
To order memorial trees or send flowers to the family in memory of Jean Ford, please visit our flower store.