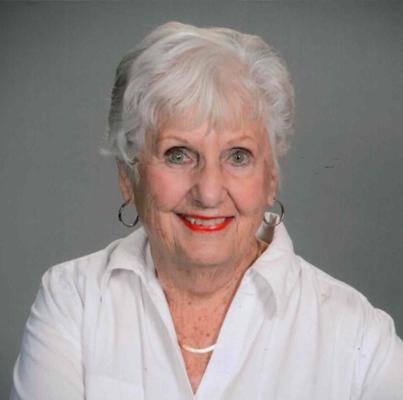 Formerly of Ogdensburg- Jacquelyn Burns (Jackie) O’Neil, daughter of the late Francis B. and Alice (St. Marie) Burns died peacefully at her home in Placentia, California on July 9, 2019. Jackie was born in Ogdensburg, NY on March 5, 1933.  She graduated from Ogdensburg Free Academy and later She attended the College of New Rochelle where she earned a degree in social studies. While working as a social worker, she met her future husband, Richard G. O’Neil of Providence, R.I. They were married on October 14, 1956, at the New St. Mary’s Cathedral.  The couple moved to Liverpool, N.Y., Richard worked for Carrier Air Conditioning while Jackie stayed home with the children, then later they moved to Southern California. The couple had six children, and seven grandchildren.

Jackie had a particularly joyous, healthy attitude in life, she also enjoyed traveling, reading, volunteering, playing bridge and her family.  She appreciated her former hometown of Ogdensburg. She returned every summer, enjoying Seaway Festival on the St. Lawrence River, with her brother Ted.

In 1972, Jackie enrolled in Calif. State University, Fullerton’s primary education credentialing program where she earned a degree. She furthered her education with a master’s degree in special education. She had a long and fulfilling career as a resource specialist primarily at Lampton Elementary School in Norwalk, CA.

She is preceded in death by her parents, her husband, Richard, of 55 years and a brother, Robert Burns in 2010 and a niece, Melinda Burns. She is survived by brothers, Michael (Janice) Burns, Dade City, Florida; Edward J. (Ted) Burns, Hampton, Va and sister in law, Shirley Burns, Ogdensburg, NY.

A Memorial Mass will be held at the St Joseph’s Catholic Church in Placentia, on Friday, July 19, 2019 at 10:30 a.m. The arrangements were handled by McAulay and Wallace Mortuary-Yorba Linda, CA. Online local condolences can be made at www.laruepitcher.com In lieu of flowers, please make any donations to the St Vincent de Paul Society https://svdpla.org/ or PBS https://www.pbs.org/donate/

To order memorial trees or send flowers to the family in memory of Jacquelyn O'Neil, please visit our flower store.