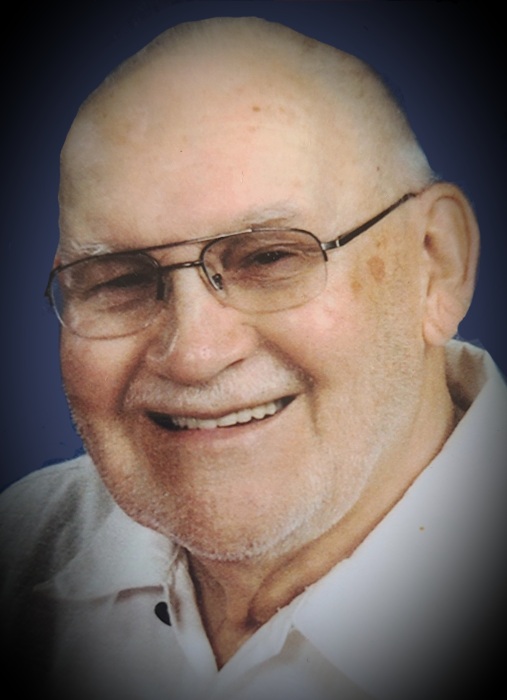 A Mass of Christian Burial for G. Edward Lashomb, 90, of Ogdensburg will be celebrated on Wednesday, April 7th at St. Mary’s Cathedral at 10 a.m..  Entombment will follow the Mass at Foxwood Memorial Park. Calling hours will be held on Tuesday, April 6, from 4:00-7:00PM at the LaRue & Pitcher Funeral Home. Mr. Lashomb died on Friday, April 2, 2021, at the Upstate Medical Center surrounded by his loving family. Arrangements are under the direction of  LaRue & Pitcher Funeral Home.G. Edward Lashomb was born on January 29, 1931 in Fort William, Ontario, Canada. He was the son of the late George P. and Rose (McIntyre) Lashomb. He was a 1949 graduate of St. Mary’s Academy and served in the United States Marine Corps from 1949 to 1952. On September 11, 1952, he married Phyllis Jean Miller at the Shrine of the Sacred Heart Church in Washington D.C. with the Reverend R. Paul Repetti officiating. Phyllis died on August 10, 1998. On December 27, 2001, he married Elizabeth Farley in Hawaii.Edward worked as a Postal Clerk for the United States Postal Service until his retirement. He was also a receptionist at the Diocese of Ogdensburg, a transporter for the McLellan Funeral Home, a photographer with Betty Steele, a realator, bar tender at the Gran-view, night watchman for the building of the bridge to Canada, custodian for Bishop Conroy School and St. Mary’s Academy and was also employed at Alcoa in Massena.Edward was a parishioner of St. Mary’s Cathedral, a member of the Cathedral Choir, the Nocturnal Adoration Society, an Eucharistic Minister, a member of the New Jerusalem Prayer Group, a leader in the Cursillo and a Religious Education Catechist. Edward was awarded a distinguished honor award for saving St. Mary’s Academy from a destructive fire and getting everyone out of the building.Ed was also a member of the St. Lawrence Carver’s Club in Morristown. He enjoyed wood carving, painting sceneries and photography. . Edward is survived by his wife, Elizabeth ”Betty” Lashomb, a resident of St. Joseph’s Home, his children: Celina Rose (Sam) Burns of Ogdensburg, Edward Paul (Mary Louise) Lashomb of Watertown, Peter Alexander (Tina) Lashomb of Ogdensburg, Mary Christine (Mark) Wademan, and Lucy Ann (Glenn) Braddock of South Carolina. He is survived by his sisters: Roseanne Dominie and her husband Larry of Florida and Dolores Girard of Ogdensburg and his brother Robert “Bub” (Cindy) Lashomb of Florida. Twenty nine grandchildren and 37 great grandchildren survive him as well as many nieces nephews and cousins. A special cousin, Sister Mary Christine Taylor SSJ, also surives him.He is also survived by his four step-children: Kathy Farley of Hawaii, Kim (Dave) Hollis, Maureen (Kevin) Manke, and Kevin Farley and eight step grand children.Edward was predeceased by his first wife, Phyllis Jean Miller Lashomb, their son, Joseph Edward Lashomb and his brother Donald “Bucky”Lashomb, and his brother-in-law, Robert Girard. Edward enjoyed living his Catholic Faith and spending time with his children, grandchildren, and great-grandchildren. Edward was a wonderful Father and Grandfather and a real witness to the love of God and how to live your faith. He will be missed especially by his grandchildren, whom they reverred as Papa,  who he loved and prayed for them every day.Donations in Edward’s memory may be made to St. Josephs Home Foundation.
To order memorial trees or send flowers to the family in memory of G. Edward Lashomb, please visit our flower store.